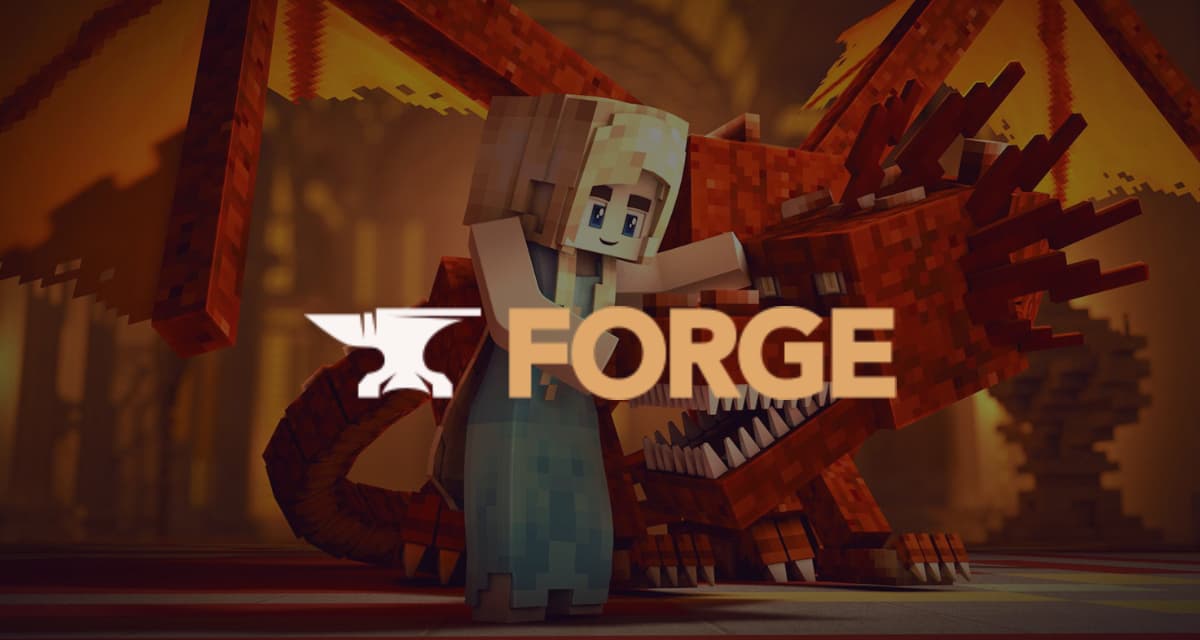 Minecraft Forge is a very handy tool (Modding API) that makes it easy to install mods that improve the gameplay of the Minecraft Java version.

Originally created in 2011 by the developer Spacetoad, Forge has considerably evolved over time to become one of the most used tools in the Minecraft community worldwide. We will guide you through the steps to understand how to download and install Minecraft Forge.

Since the merger of FML (replacing Mod loader) and Forge, the installation of mods for beginners has been greatly simplified. Thanks to Spaceload, the creator of Forge, you can simply enjoy additional content on Minecraft and on Minecraft multiplayer servers (the classic Minecraft server).

Before the creation of this wonderful tool, it was necessary to manually install the mods (these were called “vanilla mods”), but the most problematic was that most of them were not compatible with each other, and Mojang had, at that time, done nothing to simplify it. In fact, if you installed several mods, there was a good chance that Minecraft would crash and you would be forced to re-install Minecraft by deleting all your mods to avoid getting an error message.

It is by developing a mod that would allow him to add oil in Minecraft that Spacetoad had the idea to create Forge. To make it simple, in order to avoid that another modder wishing to add a liquid using the seal conflicts with his own code, he decided to create an API making compatible between them the multiple addition of functions.

Nowadays, anyone with a basic knowledge of mod creation can create mods that are compatible with Forge and all other modders’ creations. Forge has many additional features that are very practical:

Today you download Forge, launch Minecraft by dragging the mods into the right folder and you can enjoy it without any more complexity! The configuration is simple, just download a simple installer and you’re done ! We will guide you through the different steps.

The first step is to download the correct version of Forge based on the version of Minecraft you use to play.

All the links below are the ones provided on the official website. You will find there the latest version available to date, your antivirus should not detect false positives.

By going to the official Minecraft Forge website, you will be able to download an archive and other versions of Forge and a complete desktop package. Select on the left (1) the version of Minecraft on which you play, then choose what you want to download (2) :

Once you have downloaded Minecraft Forge and the mod you want to install, you still have to launch the Forge executable and install a mod. Find below the steps to install Forge on Minecraft.

How to install Forge on Minecraft easily :

These are the links of the official site of Forge

Run the downloaded .jar file (you must have java installed)

It should be called minecraftforge-installer-[versionOfMinecraft]-[versionOfForge].jar

The installation path for Forge is selected automatically.

From your desktop or a shortcut

Select the Forge profile on the launcher

Information about Minecraft Forge will appear in the lower left corner of the game if you have installed it correctly.

You can enjoy your mods in Minecraft!

Questions and Answers about Minecraft Forge

🛠️ What is Minecraft Forge?

Forge is a tool to install mods for Minecraft Java.

You can download the latest version of Forge on our site.

🛠️ How do I install Minecraft Forge?

After downloading it, launch the executor, the installation is automatic. You just have to launch Minecraft to see that Forge is installed. Make sure you have enough free disk space.

🛠️ With which versions of Minecraft is Forge compatible ?