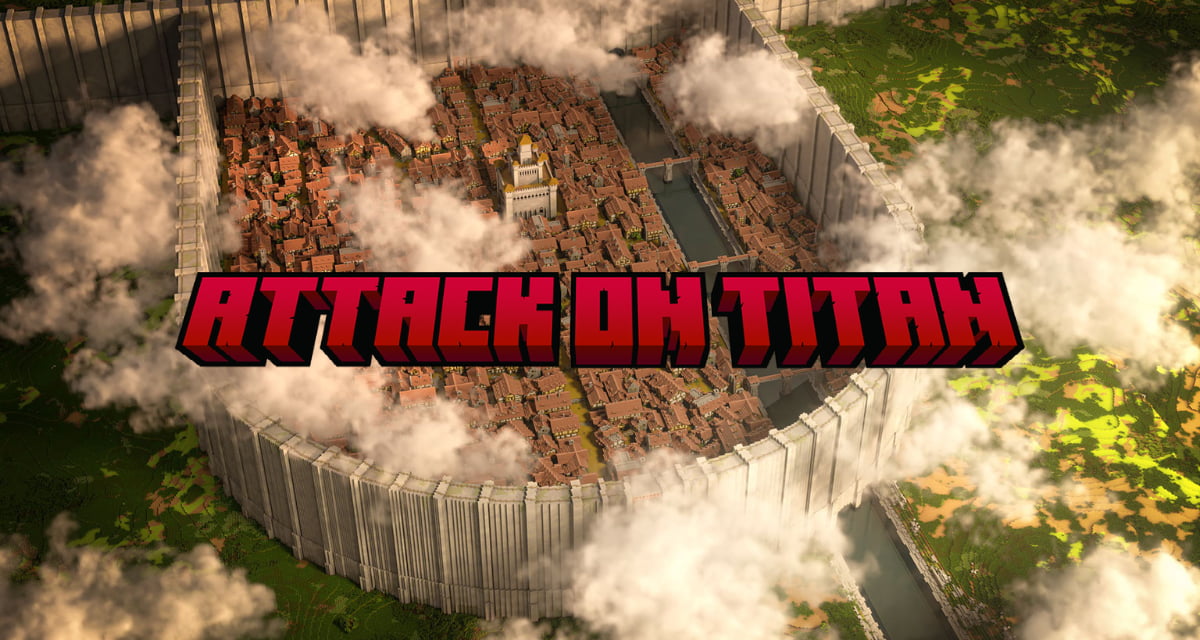 You certainly know the anime or the manga Attack of the Titans (SNK or Shingeki no Kyojin), how about discovering the mythical district of Shiganshina through a map in Minecraft ? It’s possible thanks to the work of FoxicalOW who shared his creation on Reddit and PMC.

Incredibly detailed and in 1:1 scale, Shiganshina has been recreated by changing some proportions to fit Minecraft. The builder team doubled the size of the wall from 50 to 100 blocks so that the houses could be visited.

The creator explains on Twitter that he was helped by BuildersRefuge to accomplish this feat. The service offers a community server consisting of small 75×75 plots and oversized 501×501 plots, as well as loads of building tools such as WorldEdit, VoxelSniper, goPaint, etc.

You can 📥 download the Attack on Titan map by following this link, don’t be surprised by the rendering which will certainly not be as nice as the one above which is made using Minecraft shaders. Here is what the map looks like normally :