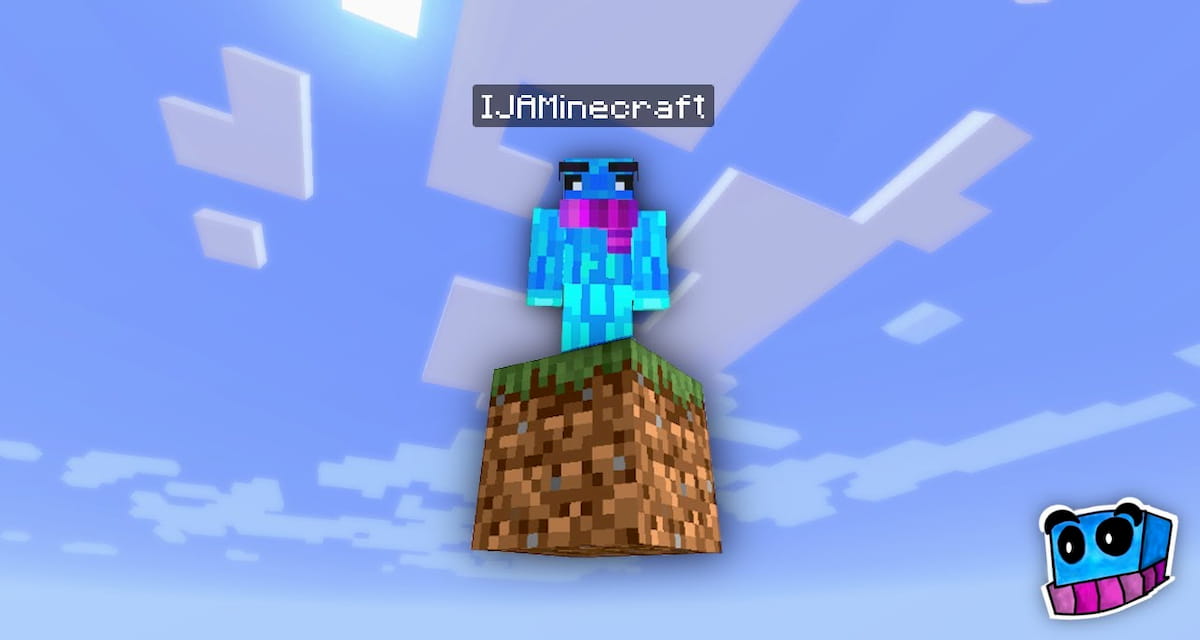 OneBlock is my survival type Minecraft map, created by IJA, in which you start on a single block floating in the void. However, you will be able to mine this single block multiple times because it regenerates after being mined.

Also, as you mine it, the block regenerates into a new type of block, so after being a dirt block it will turn into a wood block and so on. There are several phases in which different types of blocks can appear.

Not clear on the concept ? Check this FAQ and the video below to understand how the map works.

How many phases are there and what are they ?

There are 10 phases in total. Plains, Underground, Snow Biome, Ocean, Jungle Dungeon, Desert, Nether, Idyll, Desolation and the End. Each phase includes a set of blocks, items and monsters appropriate for the setting. However, random blocks from previous phases may also appear.

How many blocks are there in the 10 phases ?

There are currently about 7,000 blocks. Most phases have about 700-800 blocks, except for the last few, which are a bit shorter.

What happens after the phases ?

Why do some blocks appear more frequently than others ?

Each block has a certain percentage chance of appearing.

What monsters can the infinite block spawn ?

A certain set of mobs is set to appear, which includes most hostile mobs, all neutral mobs (except for the trader llama) and all passive mobs (except for the bats). Bosses and utility monsters (like the iron golem) will not be spawned by the infinite block. All monsters that can be generated by the infinite block will be generated at least once. After that, there are random appearances, so you can pick them up again.

What chests can appear ?

Is it possible to reach the Nether on this map ?

Yes, it is. Nether blocks and obsidian can be obtained in phase 7 and later phases. Lava buckets may be available earlier in some chests, but you have to be incredibly lucky to get enough to create a portal to the Nether before you reach Phase 7.

That’s pretty much what you want it to be. You should be able to do pretty much anything you can do in a normal Minecraft world, given enough time. A good objective might be to defeat the Ender Dragon. But it could also be as simple as building the largest celestial castle that has ever existed. It’s up to you !