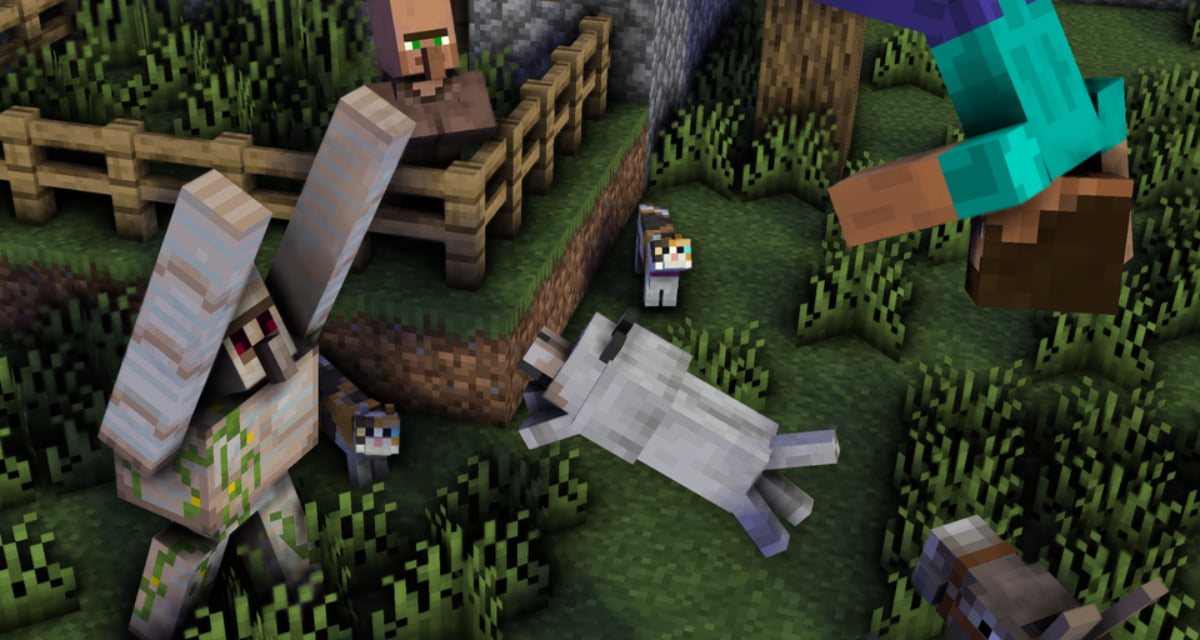 An iron golem is a large, strong, neutral creature that defends players and villagers. It is one of the few monsters that can be built and then appear in the game.

How to make an iron golem ?

The carved pumpkin can be placed by the player, a distributor or an enderman, but it must be placed last. It needs at least one block of space around the lower iron block to appear and cannot appear in a confined area, even grass can prevent an iron golem from appearing.

It is also possible to place the blocks in any order with an untrimmed pumpkin; the player can trim the pumpkin to make the iron golem appear. When successfully transformed, it is naturally passive to all players under all circumstances. It can, however, attack the player’s tamed wolves, if accidentally hit, but it never directly attacks the player.

Where can I find an iron golem ?

What are iron golems and what do they do ?

Iron Golems are a great way to protect Minecraft villagers and your base. You’ll often find them roaming and patrolling the villages. They are known to attack any hostile creatures as soon as they see them.

Iron golems roam the villages in a patrol-like fashion, staying close to buildings and other structures. Like villagers, iron golems do not stray far from a village, regardless of how they came about, but they sometimes stand at the edge of the village.

An iron golem will sometimes face a villager, as if they were having a conversation together. Iron golems can make poppies appear in their hands and offer them to villagers, symbolizing the friendly relationship between villagers and iron golems. The baby villagers accept the poppy offered by the iron golem. If you attack an iron golem that was not built by a player while it is handing you a poppy, it “confiscates” the poppy and attacks the player instead.

If not in a village, iron golems slowly wander around attacking hostile creatures, usually heading for a nearby village. If in that village, the iron golem does not leave it.

In Java Edition, when an iron golem’s health is reduced to 75%, cracks appear on its surface. An iron golem can be healed when the player right-clicks on the iron golem’s chest with an iron ingot. This action consumes the ingot.

When attacking, an iron golem moves quickly toward its target and violently swings its arms upward to attack, throwing the target into the air and dealing 7-21 ♥ (points of damage on normal difficulty). Iron golems have a long attack range, allowing them to attack through a solid wall one block thick, even without line of sight to the target. When an iron golem attacks, it also inflicts a long knockback range. Iron golems cannot attack targets three blocks above the same floor level as the golem.

When an iron golem kills a creature, the player can get items dropped by the creature, but not experience orbs. Iron golems that kill a raid monster in Bedrock Edition also drop its raid loot, even if the monster was not attacked by the player before it was killed.

Iron golems never attack each other, as iron golems cannot “accidentally” hit another iron golem when they attack.

A naturally occurring iron golem becomes hostile to a player who attacks a villager near an iron golem. In addition, if a player has a popularity of -15 or less in a village, or a reputation of -100 or less with any nearby villagers, naturally occurring iron golems become hostile to that player until his popularity goes above -15 and his reputation with all nearby villagers goes above -100.

A village iron golem retaliates when attacked by a player (even throwing an ender bead at an iron golem causes it). If a village has several naturally occurring iron golems and a player attacks one in front of the other(s), all iron golems of that type can become hostile to the player.

How do you calm an iron golem ?