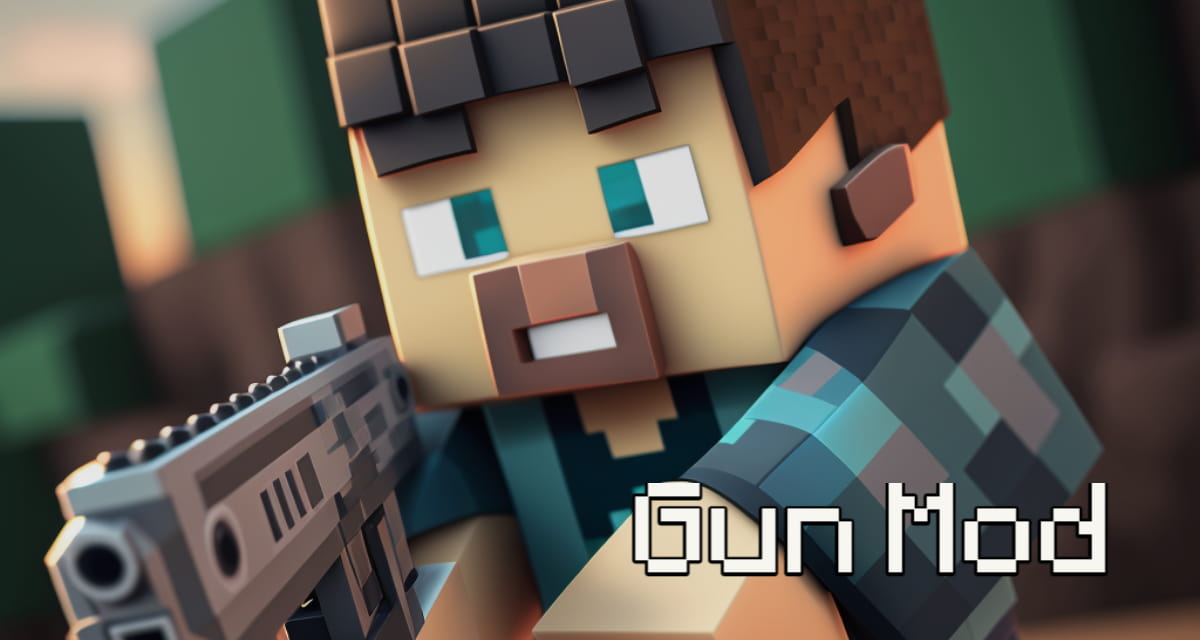 Vic’s Modern Warfare mod adds iconic firearms of modern warfare to Minecraft. Do you find metal and diamond swords too simple and boring and want something new, more modern and violent ?

Then this Minecraft mod adding a multitude of weapons will meet your expectations. It adds a wide variety of modern firearms, allows you to craft parts, assemble firearms, and even customize your weapons with add-ons, so it’s time to grab your weapons and go to war.

Are you a modern machine gun and sniper rifle freak ? You’ll find these weapons in Vic’s Modern Warfare mod and much more. You will be able to enjoy various accessories such as the long-range optical sight, the tactical light or the suppressor.

Inspired by the title Call of Duty : Modern Warfare, the mod is designed for modern weapon fannas. All weapons are recreated in 3D models with reloading animations and even adding accessories. With this mod, Minecraft turns into a real first-person shooter.

The mod brings a lot of new content to Minecraft, including :

More than a hundred weapons are present in the game and it is impossible to present them all, here is basically what they look like in Minecraft :

Gameplay of the mod

Vic’s Modern Warfare mod adds many new options and features, including movement and the use of new items. Below you will find the basics in order to understand all these new features.

Press Z to crawl. More player moves will be added in the future.

Press M to enter accessory mode. To add accessories, you must have them in your inventory. Additional instructions will be displayed on your game.

Press the UP arrow key to change views. Press the DOWN arrow key to add handles/laser accessories (press L to turn the laser on/off, if applicable).

Press the LEFT arrow key to add a silencer to match the gun’s caliber (shown below the gun in the inventory).

Press the RIGHT arrow key to change the weapon’s skin. Remember, not all firearms have the same skins.

Press the RIGHT SHIFT key to change the firing mode of the weapon.

Some optics have special s special effects. Press I to zoom in and O to zoom out.

To reload a magazine, hold it in your hand and press the “R” key with the corresponding rounds in your inventory. Each magazine name will display the amount of ammunition it holds first, then the type of ammunition it requires.

Each attack for each weapon has a unique animation. There is also a recovery period. After you attack, you will not be able to attack again until the recovery time is up. The heavy attack will naturally have a longer recovery period than the light attack.

Each melee weapon can also be equipped with skins via the accessory mode. To apply a skin, press the RIGHT arrow key. Also keep in mind that you must have the skin in your inventory in order to apply it.

Press N to activate night vision when wearing the glasses.

Some commands can help you :

/ mw s r this command shows you the recipe for any item held in your hand (try it in create mode).

/ mw s a this command shows you the accessories that are compatible with the firearm you are holding.

Before installing this mod, you must have installed Forge

You may encounter bugs if :