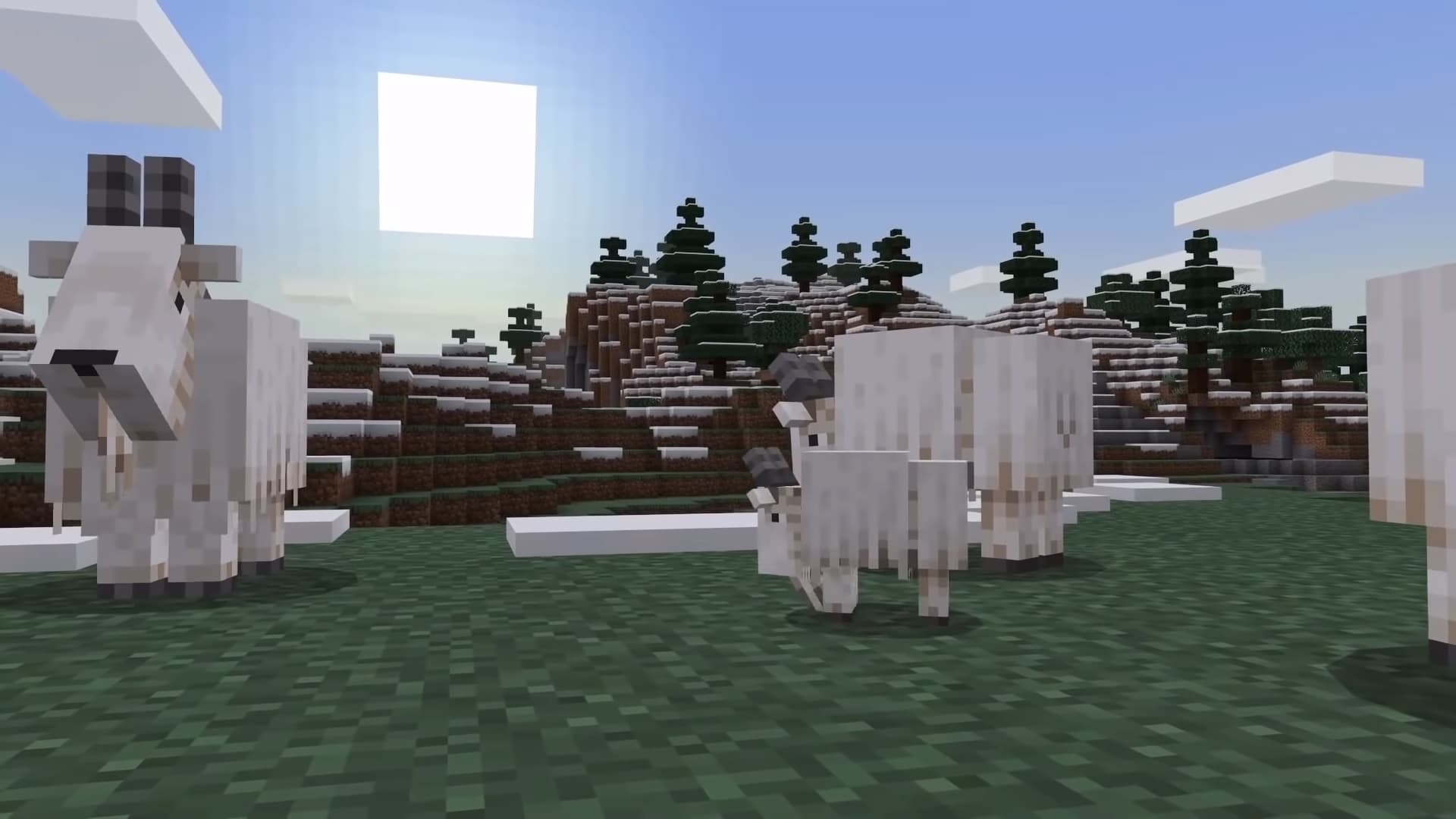 Much has been said about the “caves” in Minecraft update 1.17, but not much about the “cliffs” and the new creature they add to Minecraft : goats. As we know, Minecraft’s Axolotls are the best underwater companions and can change the game. The Minecraft Warden, meanwhile, is a terrifying new monster that is completely blind, but packs a punch. But what about the goats?

Minecraft goats are based on the Rocky Mountain goat (or Oreamnos americanus), and are well adapted to alpine and sub-alpine conditions. They are not technically goats either. Instead, they are more closely related to antelopes.

Regardless, whatever the inspiration, we have them and they at least seem to act like the woolly beasts of the mountain peaks we know and love. Here’s everything you need to know about Minecraft goats.

Where to find goats in Minecraft ?

Goats in Minecraft are found atop elevated surfaces at a light level of seven or higher, such as cliffs. It doesn’t matter much if the cliffs are covered in snow or grass, but they seem to roam around more during the day.

If you are really lucky, you may also encounter howling goats. The only difference between them and normal goats is their bleating, so you will have to listen carefully to find them.

What do goats do in Minecraft ?

Goats in Minecraft can jump two blocks high instead of one standard block. They can cross small spaces with ease and look majestic when they do. When they encounter a hole in the ground or blocks of powdery snow, they can jump up to ten blocks in the air.

They have ten hit points (five full hearts) and can attack for about seven points of damage (three and a half hearts).

In general, goats seem fairly passive and will not attack you if you hit them first. Instead, they will randomly decide that you need to be thrown off a ledge and charge at you with all their might. Even if they get angry for no reason, they are more likely to target enemies to protect you. If the goat is attacked, it will run away from its attacker.

How to get a goat horn in Minecraft ?

The Minecraft 1.17 update also adds a new item called the goat horn. When you use it, you’ll make a sound like blowing the horn to set off an alarm. This is the same sound you hear when raiding villages. You can get 1 goat horn when it hits a solid block, but they only fall one at a time with a maximum of 2 horns per goat. You can also make goat horns out of copper.

Goats follow players who are within ten blocks and are holding wheat. If the adult goats are fed wheat, they enter love mode and reproduce; the player receives from one to seven experience orbs. The growth time of a baby goat can be accelerated by 10% each time it is fed wheat.