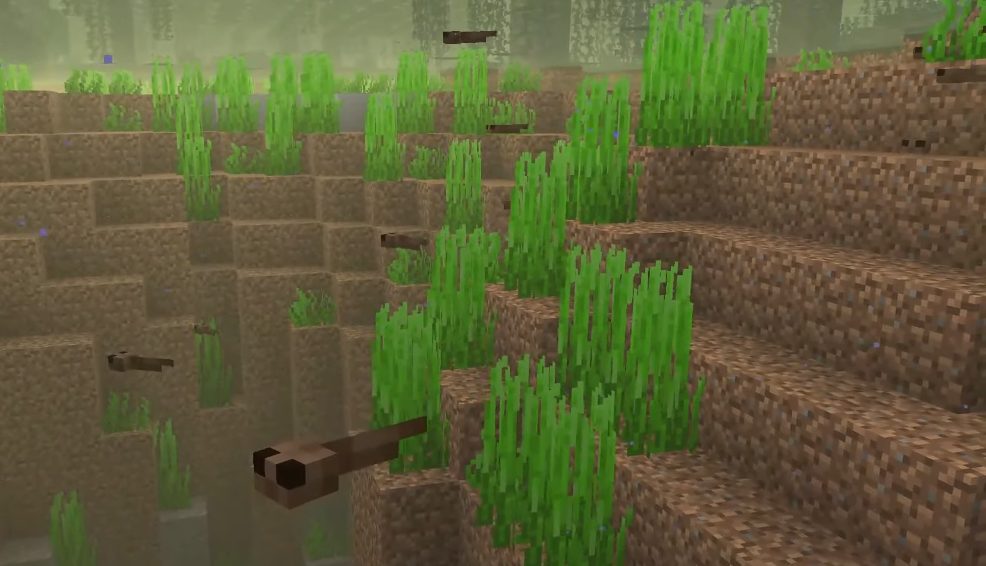 Tadpoles are a new type of creature that will be added to Minecraft 1.19 (to learn more, check out our article on the Minecraft 1.19 Wild Update). They will be able to turn into frogs of different colors depending on the biome heat they are in : tropical, temperate, tundra. The tadpoles can be carried in a bucket.

Tadpoles hatch in groups of 2 to 6 from frog eggs. Also, they do not appear naturally.

Tadpoles swim aimlessly in the water. On land, they flap around like fish and look for the nearest water. They die quickly on land. Unlike frogs, tadpoles are hunted by axolotls.

The tadpoles follow the players holding a ball of slime,

A tadpole will quickly grow into one of the frog variants depending on where it is grown. Its growth can be accelerated by feeding it slime balls.

It will be possible to collect the tadpoles in buckets to transport them.

How to make tadpoles grow in Minecraft ?

Give slime balls to tadpoles to make them grow faster.

How long does it take a Minecraft tadpole to grow ?

When it is greater than or equal to 24000 game ticks (20 minutes), the tadpole becomes a frog.