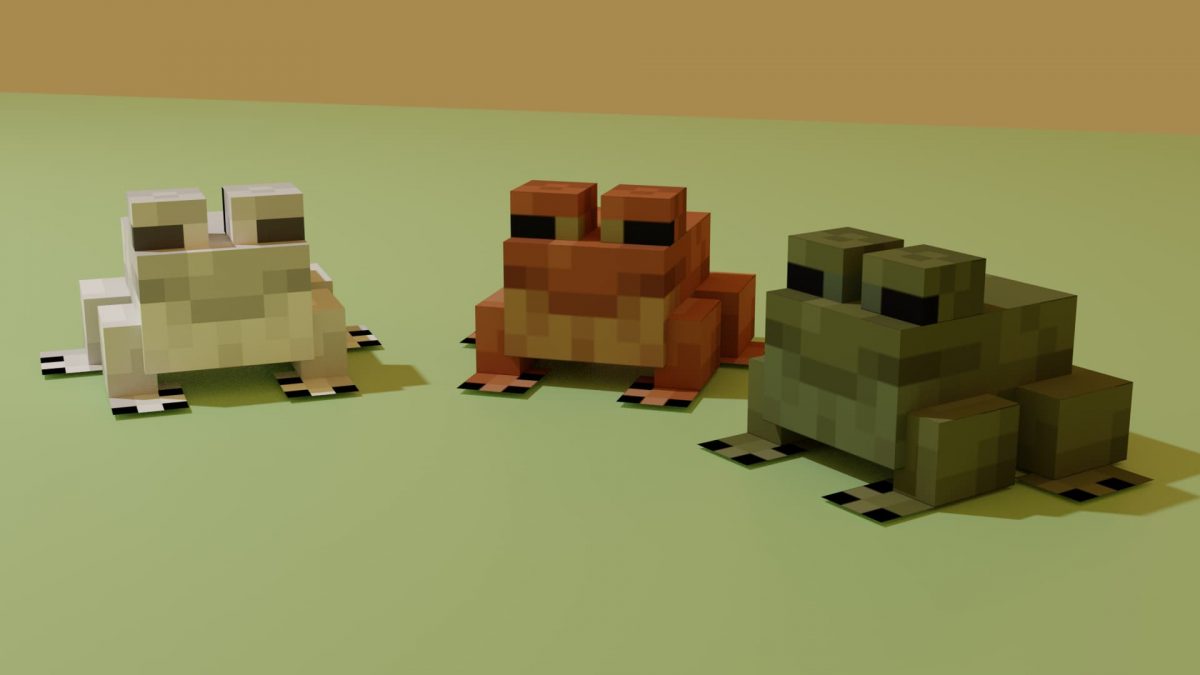 Frogs have arrived in Minecraft 1.19 ” Wild Update”, they are intended to make the mangrove swamps of the game more lively. Frogs come in several variations depending on the biome the tadpole grew up in: tropical, temperate, tundra.

What to know about frogs in Minecraft

Frogs in Minecraft are peaceful mobs and will be the first cold-blooded creatures in the history of the game. They will come from tadpoles, and will be available in a variety of different colors, chosen according to the temperature of the biome in which they grow. Each colored frog will have a unique character, but these traits are something Mojang has not yet decided.

Frogs can jump 8 blocks high and take 10 life points (or ♥♥♥♥♥ hearts) less damage when they fall than most other creatures. Frogs prefer to jump on water lilies and large leafcutters.

Feeding two frogs with a slime causes them to go into love mode, which causes one of the frogs to become pregnant, like turtles. The pregnant frog then seeks out a water tile with air above it to lay frog eggs. This point of appearance then hatches into tadpoles, which then become frogs.

Unlike all other creatures with baby variants, the game treats the tadpole as a completely different creature than the frog.

Frogs attack by using their tongues to lure certain creatures into their mouths, after which the creature disappears instantly.

They attack small slimes, which leave balls of slime when killed, as well as small magma cubes, leaving a block of froglight (see below in this article).

What do frogs eat in minecraft

Originally, frogs could eat fireflies, but that has changed, because in real life, fireflies are toxic to frogs. Instead, they can now eat small slimes and small magma cubes.

You can get the new froglight blocks when frogs kill small magma cubes in the Nether. The colors depend on the frog variants: pearlescent (purple), verdant (green), and ochre (yellow) ! The blocks are obtained by luring a frog near a small magma cube. The frog will eat the magma cube and a block of “Froglight” will fall.