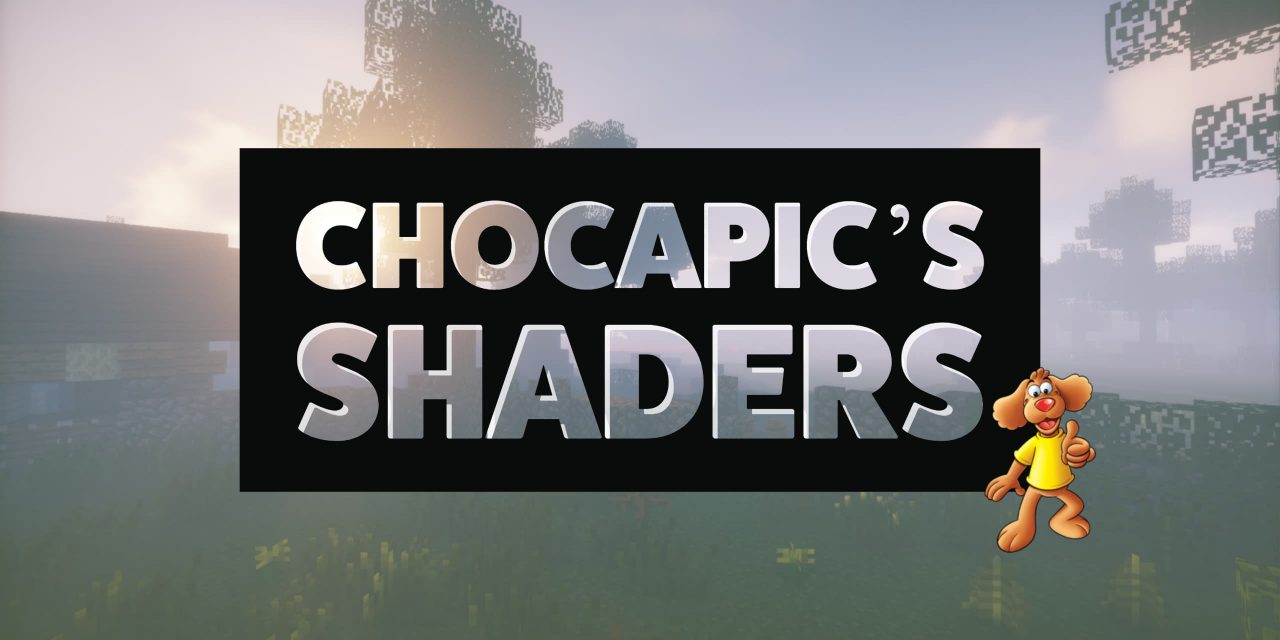 Chocapic Shaders is a mod that greatly enhances the graphics of Minecraft. As its name suggests, its main function is to add dynamic shaders, a pleasant wind effect on the leaves, real sun rays and a better modeled water.

More informations about the Chocapic’s Shader

The goal of this shader is to have the best compromise between visuals and performance, and I think it’s one of the best. I started this shader quite a long time ago (at least 5-6 years) just for myself, and even though I don’t play Minecraft anymore, I’m still making improvements.

This shader is particularly eager for graphic resources. You must therefore have a good graphics card to hope to run this pack smoothly.

There are few shader packs with light effects as good as the ones you’ll see in the Chocapic13 shader mod, and that includes the other packs created from this one. One of the best effects is fog, which combines very well with dark and rainy nights to create an atmosphere that would be perfect for a horror map.

Unlike many shader packs, you can adjust the parameters of this shader : Lighting, Shadows, Atmospherics or TAA_Options. You can increase the quality at the expense of performance, and vice versa.

Chocapic13 clearly recommended me to leave the basic settings. Expect a sharp drop in FPS if you don’t play on a powerful enough PC. However with the classic settings most of you should be able to use the Chocapic13 Shaders normally.

Indeed, due to the high degree of control you have over the visual elements of the Chocapic13 Shaders, this package is recommended for everyone. But don’t expect to play normally if your PC is already struggling to run Minecraft properly, if you have a graphics card built into the motherboard, go ahead. The only real problem seems to be that interior spaces, such as the inside of houses, look dark even with sufficient lighting.

The features of the latest version of the chocapic shader :

Images of the chocapic 13 shader

Technical details of the shader

This shaderpack aims at a high quality / performance ratio on a wide range of materials.

Unlike other lightweight shaderpacks, this one tries to maintain a decent level of quality, even at the lowest possible level. While the highest presets can run at around 60 fps on a mid-range GPU such as the RX 580 or GTX 1060.

Performance you can expect from the 1080p rendering distance: 12 (Minecraft’s default world) on a RX 480 or similar :

Expected performance in 1080p distance: 8 (default distance) on an Intel HD 630 or similar :

The latest version available is the V8 Ultra, it brings: important performance gain compared to the V7 Ultra, improvement of water, clouds, sky, End, Nether and much more! Requires at least OptiFine 1.12.2.

There are several versions of the shader, choose the one that suits your computer (from the least powerful “Toaster” to the most powerful “Extreme”) :

V.7 has been rewritten from scratch with brand new features for optifine and extremely well optimized. Requires at least OptiFine 1.12.2.

V6 should work on all versions of Minecraft.

Follow our tutorial to install your Minecraft shader in a few clicks.

What is the Chocapic Shaders ?

Nothing to do with the famous brand of cereals. Chocapic13 Shaders makes your Minecraft game much more beautiful.

With which versions of Minecraft is the Chocapic’s shader compatible ?