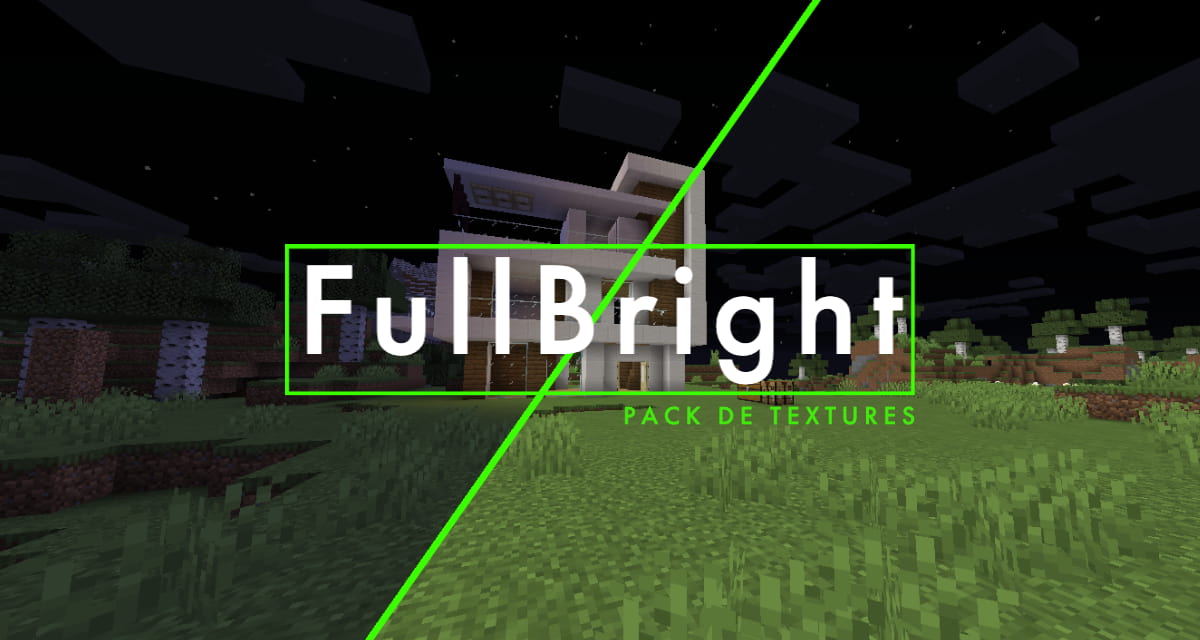 Fullbright is a texture pack for Minecraft whose only unique feature is to improve the overall brightness of the game so that you can see everything clearly in the dark.

FullBright : a permanent night vision effect with a texture pack

If you’re at night or in a cave in Minecraft, you know how scary it is since you can hardly see anything. The light level and brightness are often very dark, but with FullBright, the brightness of Minecraft is changed so that everything becomes much brighter. This is the same effect as when you drink a potion that applies the night vision effect. This effect lasts forever, as long as you install and use the texture pack.

Most Minecraft servers allow this “Full Bright” texture pack, but be sure to ask before using it as it is still considered cheating.