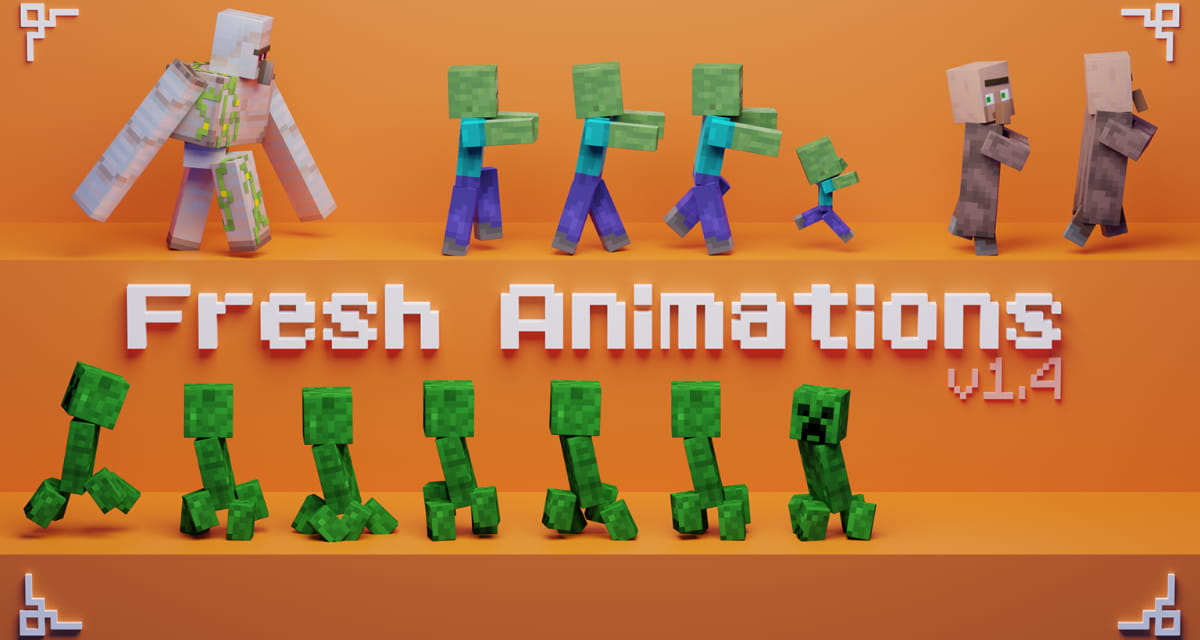 Fresh Animations is a texture pack in development that aims to modify and improve the animations of Minecraft entities while maintaining the original style of the game.

The goal is to make the creatures more dynamic and believable, the author explains that he was inspired by Minecraft Dungeons and the official Minecraft cinematics. Most of the creatures you meet in the game will have particularly detailed animations, the arms and legs of the entities will move in a more realistic way (as far as it is possible in Minecraft) and their heads will have very expressive animations.

We recommend you to use it as an add-on, that is to say as a complement to another texture pack that will modify the Minecraft graphics. Yes, Fresh Animations doesn’t touch the game’s textures, it just adds animations (and that’s already very good!).

After installing this pack, you won’t see zombies wandering around in the middle of the night, they will move like humans with articulated arms and legs. Even the Creeper has been modified, and I have to admit that his animation is pretty funny!

To work, Fresh Animations requires that you install OptiFine. You will also need to configure it like this:

Choose the version of Minecraft you are playing on:

📚 How to install a texture pack