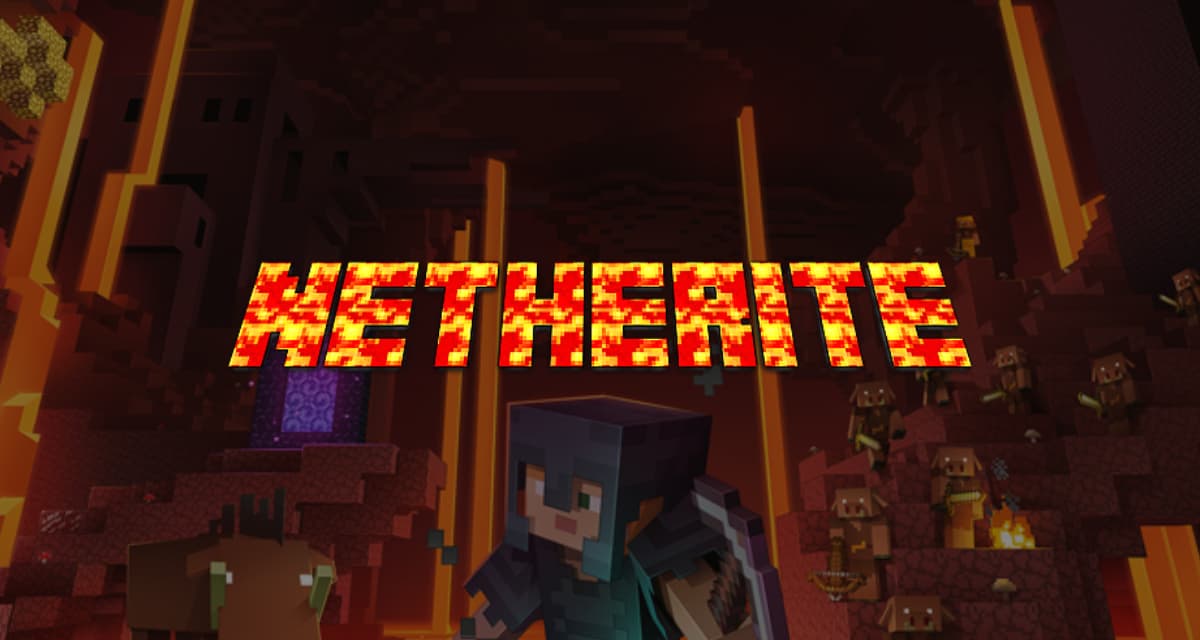 The Netherite is a brand new resource that can only be found in the Nether! The peculiarity of Netherite items is that they are better than diamond items, float on lava and cannot burn.

Netherite was officially added to the game in the Minecraft 1.16 Nether Update, but it is already possible to test the new material since snapshot 20w06a. It made its appearance just like the piglins.

How to find Netherite in Minecraft ?

It is not possible to find Netherite in nature. It is a material that must be refined so that you can use it to improve the characteristics of your weapons, armor or tools. To do this, you will need to locate a very rare ore called Ancient Debris. This is found only in the Nether, so you will need to be able to create a portal to the Nether and have equipment to survive in this hostile world.

Once you have reached the Nether, you will have to move on to the lower layers. Ancient debris should start to appear at Y: 8 to Y: 22. You can check your current position by pressing F3 on your keyboard and searching the XYZ list. Once you have reached this level, you can start mining and hope to encounter some. It is still quite rare, so expect similar appearance rates to diamond. Netherite appears only in small veins of 1 to 3 blocks maximum.

You will recognize Ancient Debris by its brownish color and the spiral shape on top. You can mine it ONLY with a diamond pickaxe or in Netherite, if you try to use something else you will get nothing.

How do you make weapons, armor and tools out of Netherite in Minecraft ?

Making a complete set of armor, weapons or tools in Netherite is not easy and can take a lot of time. We will guide you through the different steps.

Making an ingot of Netherite

Once you have at least four Netherite Scrap, you will need four gold bars to make one ingot of Netherite.

Simply combine a diamond helmet, chestplate, boots or leggins with a Netherite ingot in a blacksmith’s table to get the Netherite equivalent :

Combine a diamond sword with a Netherite ingot to get the Netherite equivalent :

Combine a diamond pick, shovel, axe or hoe with a Netherite ingot to obtain the Netherite equivalent :

Making a block of Netherite

In addition, like most materials in Minecraft, it is possible to make a block of Netherite to store it more easily.

Netherite now allows you to create the best armor, the best weapon and the best tools in the game. Tools work faster and last longer, weapons inflict more damage, and armor is more durable than diamond armor.