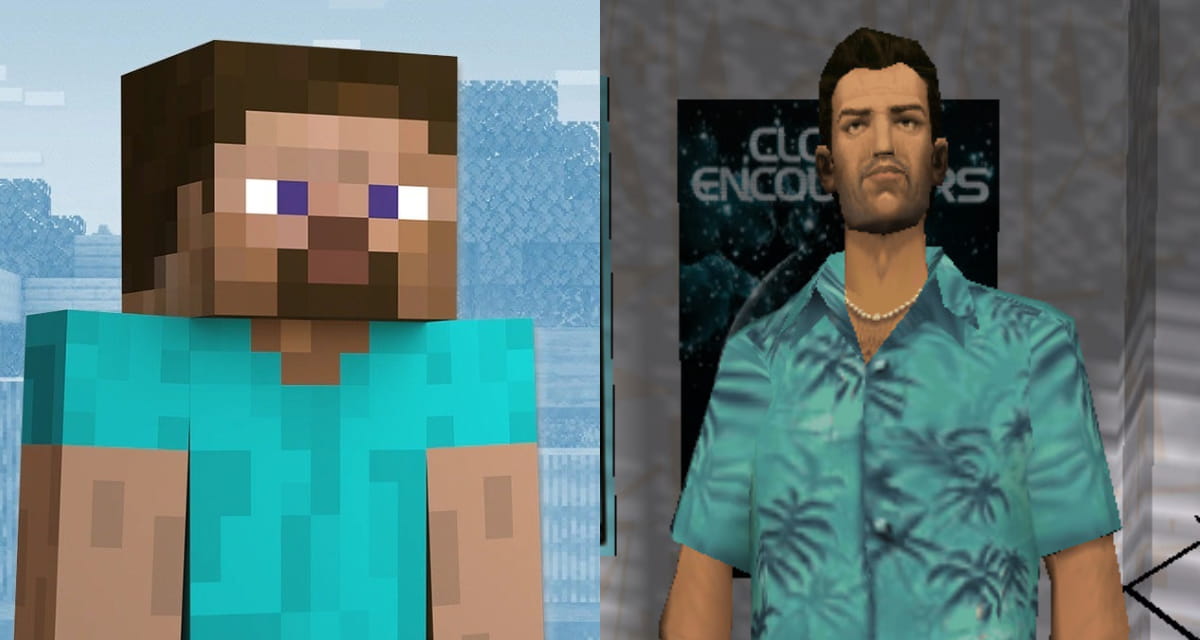 Grand Theft Auto and Minecraft are unquestionably two of the largest video game franchises, but could it be that they share more than we think ?

Indeed, GTA and Minecraft may simply have a lot more in common than we originally thought. A fan theory has emerged that claims that Steve (Minecraft’s default avatar recently arrived in Super Smash Bros Ultimate) is actually based on Tommy Vercetti, the water-hating star of Grand Theft Auto: Vice City.

It was the Yuusha user who made the statement on Twitter. He claims that Minecraft Steve is actually a low-poly version of Tommy from when Notch was developing a GTA-style game. A bit hard to swallow at first, yes, but when you look at the two characters side by side?

To back up his point, Yuusha then directed fans to an old blog post from 2009, written by Notch about Minecraft development. Here’s what it says:

Graphics and character modeling have already been done for one of my previous discarded projects (a China Town Wars-GTA-like rendering in pure java). I realized that their block design would fit very well in this game, and the low resolution of the textures means that each player can have a totally unique skin, downloaded to other players when he or she joins the game.

This theory was rather flawed but still caused a reaction on the networks, so much so that even Notch expressed himself on the subject :

In the end, the answer to our question, “Is Minecraft’s default skin based on Tommy Vercetti’s?” is simply no.