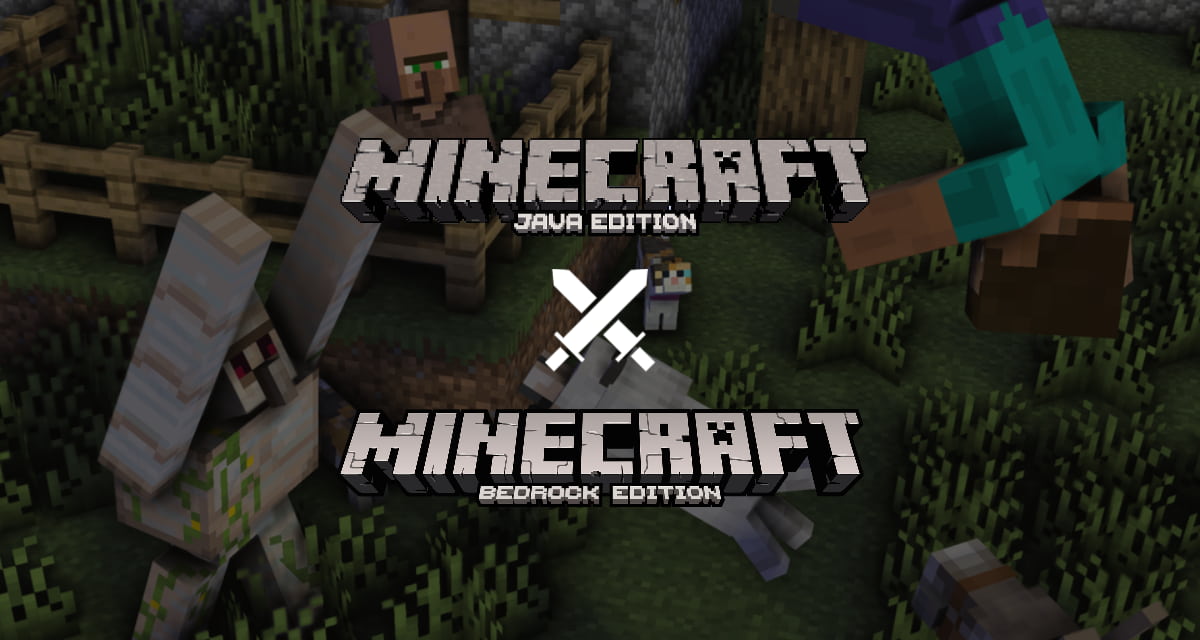 Minecraft Java VS Minecraft Bedrock: a comprehensive analysis of the two main versions of Minecraft and which one you should buy.

Minecraft : Java Edition is the original version of the game for computers, while the Minecraft Bedrock Edition is a newer version available on almost all devices.

Once you start diving into “Minecraft, you’ll be faced with a world of choices to make: where to explore, what to build, and what game mode to play in.

But there’s one important choice to make before you even create a world : Which version of Minecraft should you choose ?

While the two versions of Minecraft – the “Java” and “Bedrock” editions – are virtually identical in terms of basic gameplay, there are also some key differences.

Here’s an overview of the most important differences between the “Java” and “Bedrock” versions of Minecraft, and a summary of which version you should get for yourself.

First of all, if you plan to play Minecraft on anything other than a computer, you’ll have to choose the Bedrock. There is no other choice, the “Java” version is only available on computers.

Bedrock is not available on Mac or Linux. This means that if you are playing on one of these systems, “Java” is your only option.

Bedrock Edition lets you play with friends on other consoles

If you want to play Minecraft with friends who own other consoles, your best bet is to purchase “Minecraft: Bedrock Edition.” The “Bedrock” version has cross-play, which means you can play with a friend even if you’re on PC and they’re on a Nintendo Switch, for example.

If you and your friends play Minecraft on different systems, the Bedrock will allow you to play together.

The “Java” version will only allow you to play with other “Java” users. Of course, this means that if all your friends are playing “Java”, it’s also the best for you.

Although it doesn’t have the same level of cross-play, Minecraft Java has large multiplayer servers. These Minecraft servers allow you to play with other “Java” users and feature beautiful maps filled with mini-games and activities.

Both versions of the game have their own servers. But the “Java” servers have been around for almost a decade now, which means there’s no shortage of cool maps to choose from.

If you want to play popular YouTube minigames like Bed Wars or Hunger Games, opt for Minecraft Java.

Bedrock edition has the most consistent performance

Although it may seem like a simple game, Minecraft can be incredibly taxing on your computer’s graphics card and processor. If you don’t play with a high-end Minecraft computer, the “Bedrock” might be your best option.

While the “Java” edition allows you to use mods to enhance your graphics, the “Bedrock” version runs smoother and more consistently. This means fewer dropped frames and faster loading times.

The “Java” edition offers an almost unlimited collection of mods.

A huge difference between “Java” and “Bedrock” is the ability to add mods, which is only available to Java players.

Mods are software that you can add to “Minecraft” to transform the game in any way you want. There are basic mods that alter the graphics or change the music, and more advanced mods that introduce new objects or change the way the world is generated.

Best of all, almost all of these mods are free. And there’s even a dedicated program called Minecraft Forge that will let you install and modify them easily.

Some Minecraft mods just change the textures, while others introduce new enemies and characters.

Should you buy the Java edition or the Bedrock edition ?

As mentioned above, if you are playing on anything other than a PC, you have no choice to buy Minecraft.

But if you are on a PC, we recommend the Java Edition. You get the same great gameplay, plus thousands of mods to enhance your experience, and the huge multiplayer community. It’s the original way to play Minecraft, and still the best.