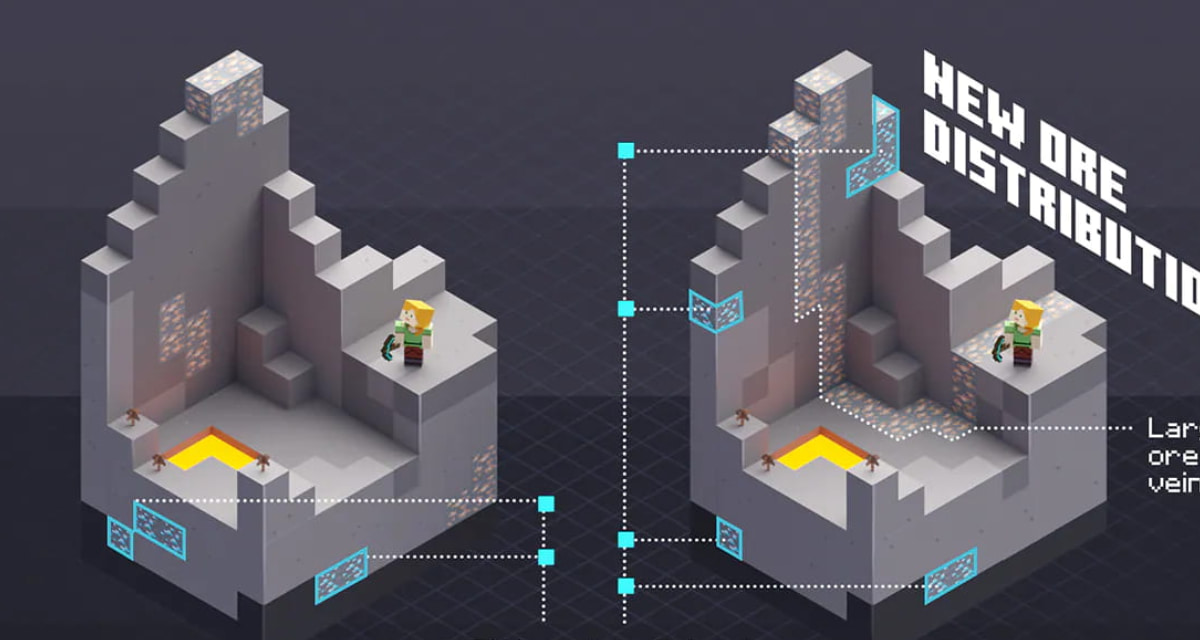 Minecraft update 1.18 has changed the way ores are generated, find out the best layers to mine to find them.

Before the release of Minecraft 1.18 update, level Y 12 was the best place to mine ores. That’s no longer the case, as Caves and Cliffs Part 2 completely changed the distribution of ores in Minecraft. Here’s our guide to flushing out coal, copper, emerald, gold, iron, lapis lazulli, diamond and redstone at the best layers.

Layer of ores in Minecraft 1.18

In Minecraft 1.18, ores are distributed in a triangular pattern, with appearance points increasing and decreasing as players move up and down levels. This means that the midpoint of an ore’s appearance is usually the best place to look for that particular ore, as it has the highest appearance point. The following graphic shows exactly how this manifests itself in the game, and there is more detail on each individual ore below.

Coal has a very wide distribution range, starting at Y 256 and ending at Y 0. In particular, the appearance points of coal are affected by exposure to air below Y136, which means that caves will not be good sources for this mineral.

Copper can appear at levels Y 112 to Y -16 in all biomes, although its appearance rate is greatly increased in dripstone caves. If you really want to find it, aim for level Y 48.

To find emeralds, you’ll have to go for the mountain biomes, with Y levels around 232.

Gold can appear from Y level 256 to Y level -64, but there are a few important details to note. Specifically, gold can only appear between Y levels 256 and 32 in the Minecraft Badlands biome and only if there is a landmass that can support it. If you’re looking for gold in a biome other than the badlands, you’ll need to stick to Y levels 32 to -64, with -16 being the best option.

Like gold, iron can appear at any height, as long as there is a land mass that can support it. If you’re looking for iron in the mountains, Y 232 is the best option, while if you’re aiming for the lower elevations you’ll need to focus on Y16.

Lapis Lazuli appears between levels Y 64 and -64, but not very frequently. You can slightly increase your chances of finding this mineral by focusing on Y0.

Redstone has a similar appearance pattern to diamond, appearing between levels Y 16 and -64. Again, Y level -58 is where the mineral appears most frequently.