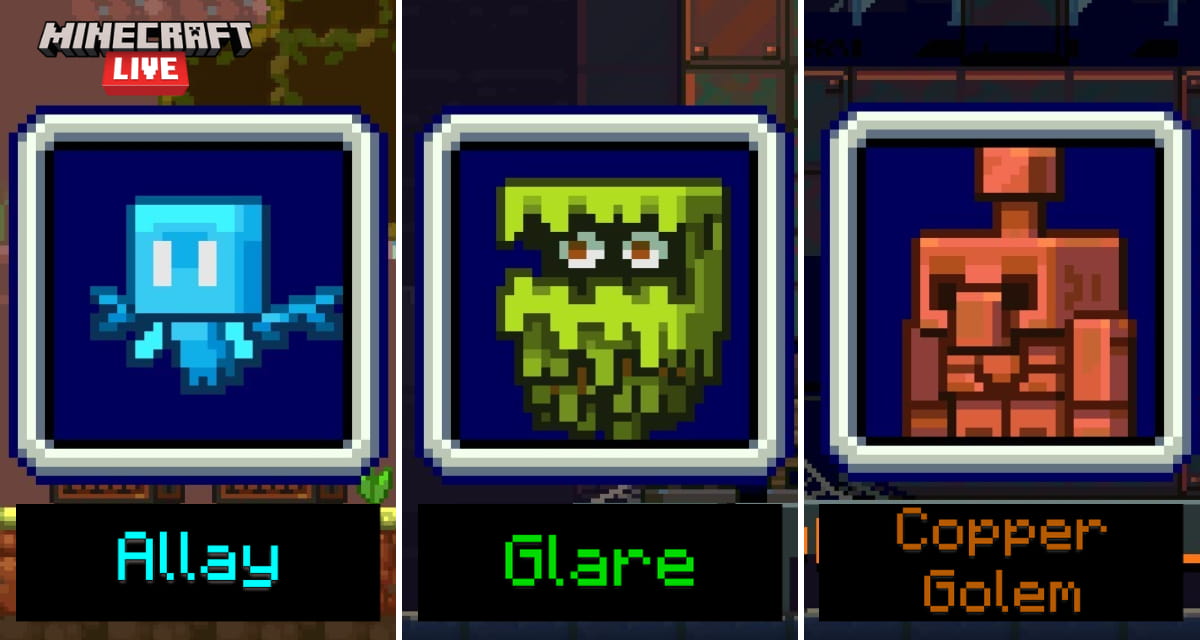 During this week before the Minecraft Live, Mojang will present us 3 creatures, one of them will be introduced in Minecraft during a future update, the others will never see the light of day …

You must be used to it by now, before each Minecraft Live Mojang teases us the 3 monsters we can vote for. Last year, the glowing squid won the vote against the Iceologer and the Fleurimeuh.

For the vote of Minecraft Live 2021, suspicions of rigged votes by famous Youtubers are already evoked, let’s hope that this will not be the case!

Discover now the three announced mobs: the Glare, the Allay and the Copper Golem.

The Glare is a green creature that hates the dark. In addition to being very endearing, it will also point out areas that are dark enough for monsters to appear in. He does this by flying to dangerously dark areas and “getting mad”. With the Glare by your side, you’ll know that each tantrum will not only turn me around, but also make monsters appear!

Check out some great illustrations of the Glare found on Twitter :

The Allay is a monster with many hobbies. If you give him an object, he will collect other identical or similar objects that he can find nearby and bring them back to you. He is also a big music lover and loves to dance! If you have a music block nearby, that’s where he’ll put the items he’s collected.

Check out some of the beautiful illustrations of the Allay found on Twitter :

The copper golem is a small creature made of 100% copper. This means that, like any other copper structure, it will oxidize over time. The copper golem is also very unpredictable! Keep an eye out for it, especially if you have copper buttons lying around, as it will randomly press all the ones near it. Note that copper buttons are not yet in Minecraft, they should arrive in the next update.

Check out some beautiful illustrations of the Copper Golem unearthed on Twitter :

2 thoughts on “Minecraft Live 2021: vote for the next mob to be added to Minecraft”