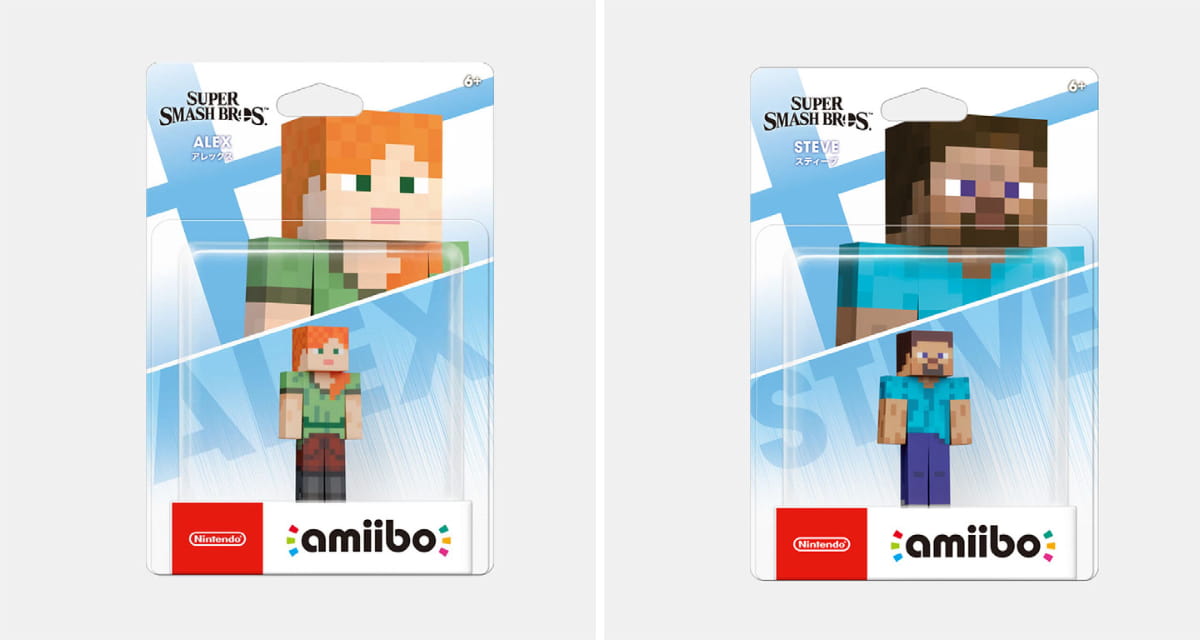 As part of the Smash Bros. Nintendo Direct, game director Masahiro Sakurai announced that Minecraft Amiibo figures are in the works.

Steve and Alex, from Minecraft you know, will have their own Amiibo, with Steve’s figure scheduled for release in Spring 2022. Sakurai said that he saw a mock-up of Steve’s Amiibo and thought it was “quite Steve”. The same goes for Alex.

Nintendo also listed them on its official Japanese eShop, confirming that Steve and Alex will be sold individually and as a two-pack. Box art for each version was shared for each listing.

Other Smash Bros. characters that will get new Amiibo figures are Sephiroth, Pyra, Mythra and Kazuya. However, it is not yet known when they will be released.