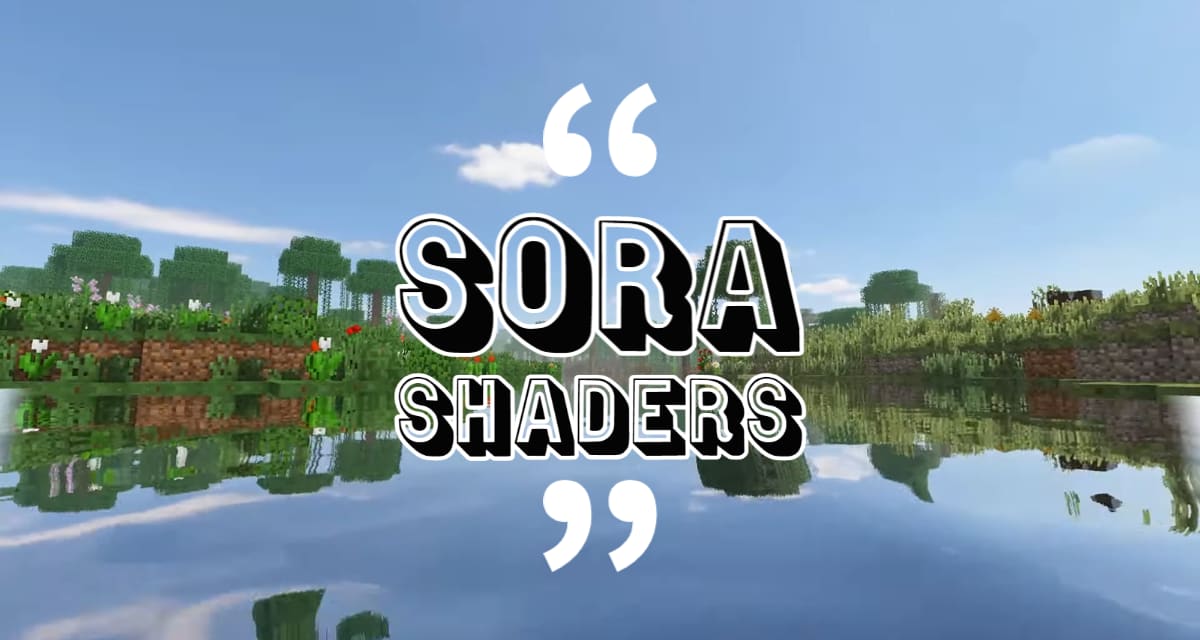 The SORA Shaders is a shader for Minecraft inspired directly by the ProjectLUMA Shader. As the developers stated, they have taken many popular elements and modified them looking to further improve performance. They also explain that they added some new features and ideas of their own to further improve the popularity of Sora Shader.

According to the developers there were some flaws in the reference pack and their goal was to erase them and create one of the most perfect shader packs. This one is more subtle, it doesn’t use excessive visual adjustments to give the game a “cinematic” feel, but rather gives slight visual boosts to enhance your immersion in the Minecraft world. You’ll find that a boost in world lighting, shadows, and graphical performance is a remarkable improvement to the game. The combination of all the visual improvements will put your game in a very high visual mode where you can fully enjoy the art and feel of playing in Minecraft.

In addition to the lighting, visual enhancements, and new Sora Shaders elements, one of the biggest changes involves water. They’ve included a new texture for the water to give it a more natural feel. The crystal clear water makes you feel like you are in a more realistic game world.

Check out our guide to installing a shader on Minecraft. You will also need to have Optifine.