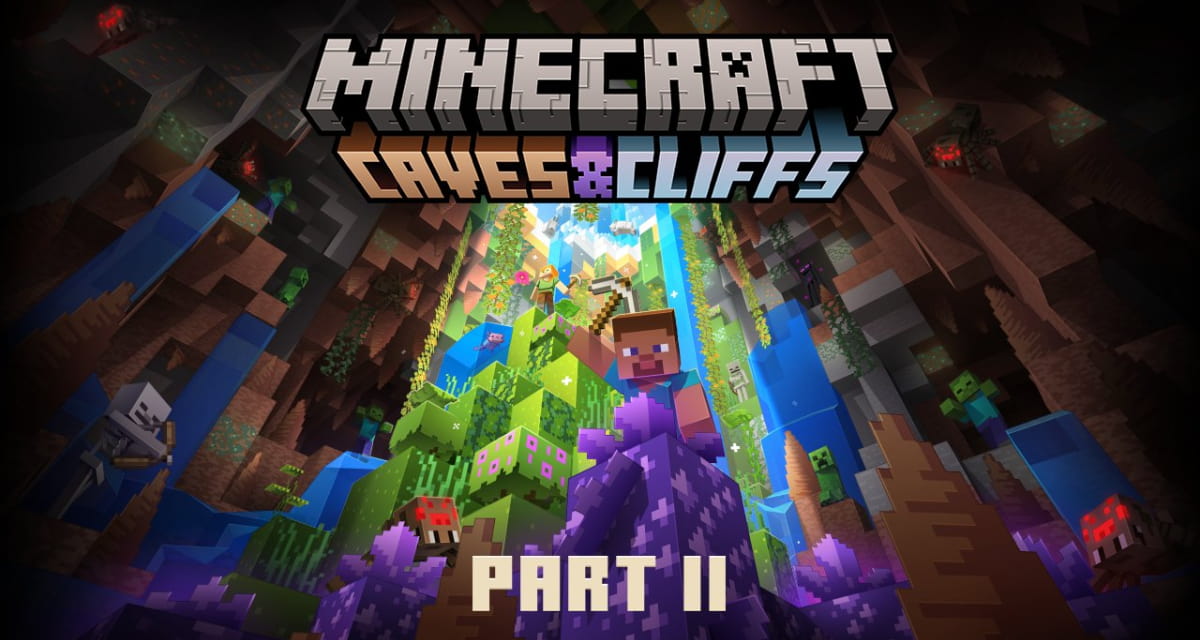 The second part of this Minecraft 1.18 update gives the mountain and cave environments a new look. New terrain generation, higher peaks with improved caves, even the mineral veins are bigger! All these new features will arrive in your launcher on Tuesday, November 30, 2021.

A few announced items are missing from the list of new features, namely archaeology, bundles and goat horns. These additions have been put on hold but not completely canceled, they will arrive in Minecraft in the future certainly when Minecraft 1.19 rolls out.