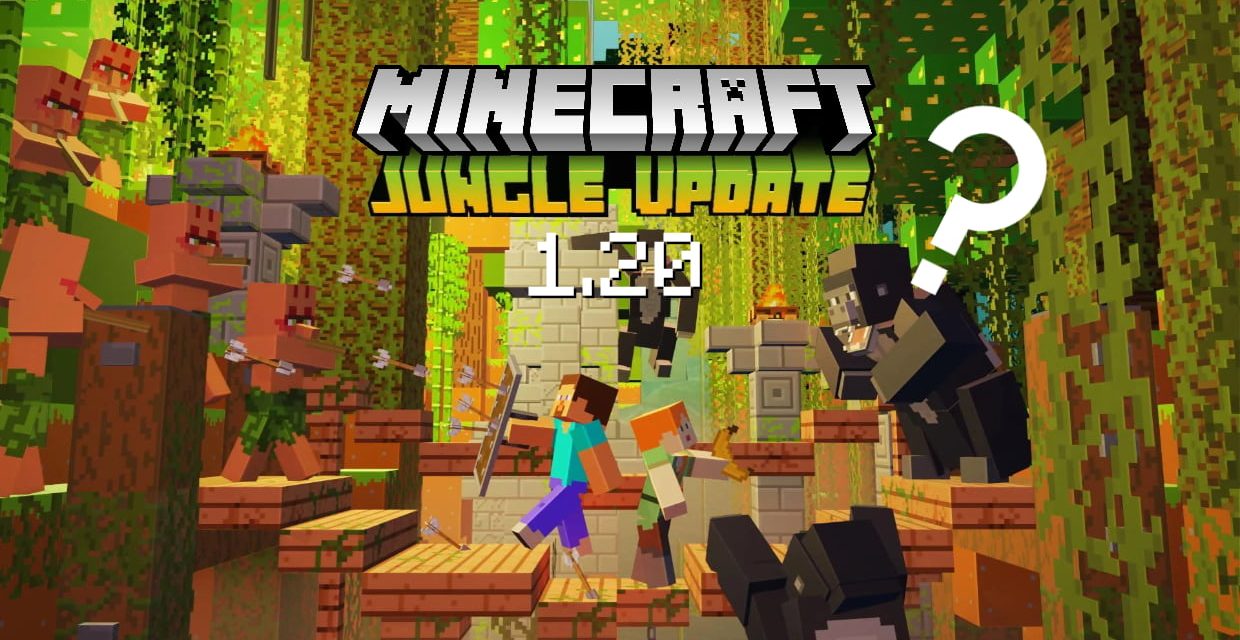 At this time, we have no information about the theme of the version 1.20 of Minecraft. Is it going to be a simple update fixing bugs and adding a small new feature or a major one enriching an existing dimension ?

I’d better warn you, everything you’ll read in this article is just a guess, because we don’t know anything about Minecraft 1.20 yet. As usual, the developers of Mojang Studios don’t communicate in advance on the subject of the future update, but we can still think that if they follow the rhythm they usually keep, a big maj and then a small one, that is to say about 2 per year, the next one should be satisfied with fixing bugs.

We’ve included confirmed features, announced changes and some speculation for the next Minecraft 1.20 update.

When will Minecraft 1.20 be released ?

With that in mind, it stands to reason that the release date for Minecraft Update 1.20 will likely come towards the end of the year, either in November or December 2023.

Over the years, Minecraft has teased several new biomes but also modified some old ones. So we can expect to see at least one new one in Minecraft 1.20 or an old one that will be improved.

In 2018, Minecraft held a biome vote where the community chose Tagia as the biome they wanted to see redesigned. But the developers assured that the losing biomes will be present in a later update. So the new Desert biome could be in Minecraft 1.20.

The second biome that lost in the 2018 vote was the Savannah biome. If the developers decide to update this biome instead of the desert, you could have Baobab trees, decaying plants, termites and even ostriches.

In addition to the biomes, if we speculate based on the various creatures already announced, the following are likely to arrive in Minecraft 1.20 :

Please note that with the exception of fireflies, none of these creatures have official renderings in the game. We explain in our article why fireflies are not in Minecraft 1.19.

These features were originally promised to be in a specific update, but they were later postponed and have not yet been integrated.

Fletching table are expected to have functionality in a later update, similar to the blacksmith tables (originally added as a generic building block for villagers, then given functionality for players in a later update). Originally, this was planned for “the next major thematic update”. Later, it was stated that the feature was not guaranteed for 1.16. We are still waiting for a feature.

Originally announced for the Caves & Cliffs update, development of this item has been delayed to a later release. Bundle are storage items that can be used to manage items in the player’s inventory, and allow multiple types of items to be combined into single inventory slots.

Originally announced for the Caves & Cliffs update, development of this gameplay feature has been pushed back for a future release. Players would be able to venture into their world and find Digging Sites, complete with a woolen tent and some chests. One of the chests would contain a new tool known as the Brush.

Using the brush, the player can sweep away dirt and grit in the dig sites. In order to uncover artifacts, you could even find diamonds in the dirt and gravel, if you did, you had to carefully extract it, otherwise you would lose the diamond. Among these artifacts are ceramic shards, which can be incorporated into clay pots to make painted clay pots.

What will be the theme and name of Minecraft 1.20 ?

Each Minecraft update is named according to the changes and features it brings to the game. Since the features have not been officially announced yet, we have no way of knowing the official name of the Minecraft 1.20 update. But here are some suggestions based on guesses :